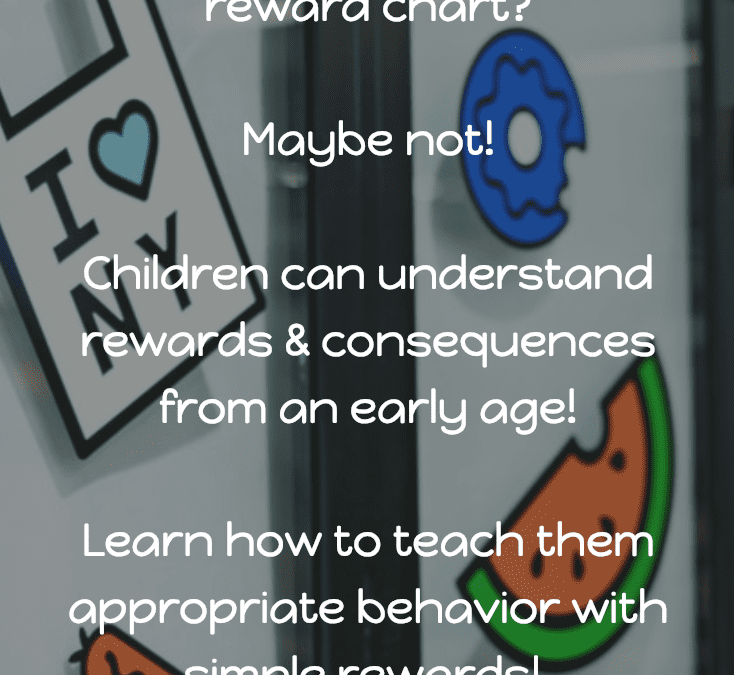 “Dear Behavior BFF: My child is 2 ½ and is super defiant. Like he won’t do anything I ask him to. Every little thing is a battle. A friend has her 5-year-old on a reward system and recommended that I try it. He’s too young for that, right?”

Baby’s first sticker chart. That’s one that goes in the scrapbook, right? The first time you put your kid on a token economy? Next to a lock of their hair?  No. Hmmm…it would be if a behavior analyst was into scrapbooking.

Not too long ago my little one turned sassy. Like overnight. Anything I said was meant with a high pitched “NO!” She would demand me to do things “Mommy play now!” It was grating on my ears.

The knee-jerk parenting reaction to a new ugly behavior in your home is to give punishing consequences. What punishment should this child have for talking so rudely to her mom?

My daughter was maybe 22 months at this time. Not even two years old. We’re talking a tiny 24lb dictator screeching at me incessantly.  I wasn’t sure what to do but I knew I could not live like that!

So I took off my parenting hat with the automatic punishment-based reaction and stepped back a little. Remember how I went to grad school for seemingly 400 years? I should know how to handle this. I am a behavior analyst after all. 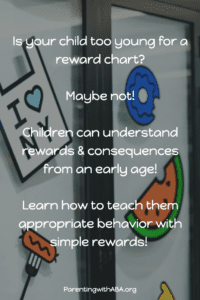 Here’s what I did. And it worked. Like a charm. Because behavior analysis told me it would. And it did.

We watched a Daniel Tiger episode about “Use Your Words” about a zillion times.

I used a token economy- a sticker chart.  Every so often, she would receive a sticker for ‘talking nicely’.

It was not a fancy chart with icons and symbols. It was a strip of paper with 4 lines on it, making 5 boxes to fill with a sticker. For every sticker, I said, “Thank you for talking nicely”. All day long I’d ask, “How do you earn a sticker/treat?” And she would answer, “Talking nicely”. If she yelled at me, I’d wait til she was calm and say “I wish I could give you a sticker, but I’m waiting for you to talk nicely to earn one.”

4. Tweak your system to fit your needs.

I didn’t use a formal schedule of reinforcement. I just used it when I needed it. Mornings were hard at first, so I was giving stickers every 2-3 minutes. After a few days, evenings and dinner time became more difficult. Then it was stickers in the morning every 10-15 minutes and at dinner every 2-5 minutes. It was informal and fluid to meet our needs.

5. Fade out when your child is being successful.

I found myself forgetting about the sticker chart because I wasn’t dealing with a tiny tyrant very often.  We would give a reward for ‘talking nicely all morning/afternoon/day’ to make sure we were still connecting that good behavior with positive reinforcement.

Overall, I’d say it was a smashing success. My little one can refuse to do something, but she can do it politely and we can follow up with choices or a Premack situation to earn a reinforcer for doing the undesired thing, or whatever we need to do at that time. She says ‘please’ and ‘thank you’ without being prompted and her level of yelling “no” is very low. It still happens, of course. She’s almost two. But what happens now when she yells ‘no’ is that I just sit and look at her until she changes her volume and says “no thank you”. Then we can talk about it.

Many people say that they don’t think their child could understand a token economy. They’re too young; it’s too complex. Well, mine did it at 22 months. That’s pretty young. And the system doesn’t need to be complex.

Does it have to be a sticker chart? NO! Use some physical token to hand to your child that they can exchange for a reinforcer at  set point. You could use anything from a marble jar to clothes pins to magnets or whatever. Give the token immediately following a behavior and often enough that your child gets to earn the reinforcer quickly and make it meaningful. If it took too long to get an m&m, my daughter wouldn’t have really cared about earning those 5 stickers.

Token economies work. If you’re struggling with one, tweak it. Talk to someone (a behavior analyst would be a good person to chat with) to brainstorm ideas. Make sure your child knows the target behavior and is getting reinforced regularly for it.

My life is so much easier from our sticker chart. We don’t use it anymore but you better believe that sticker chart is on standby for whenever a new problem behavior crops up in the future!

This article by Leanne Page, MEd, BCBA, can also be found at Behavioral Science in the 21st Century! 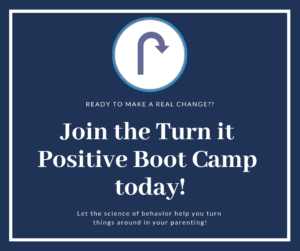