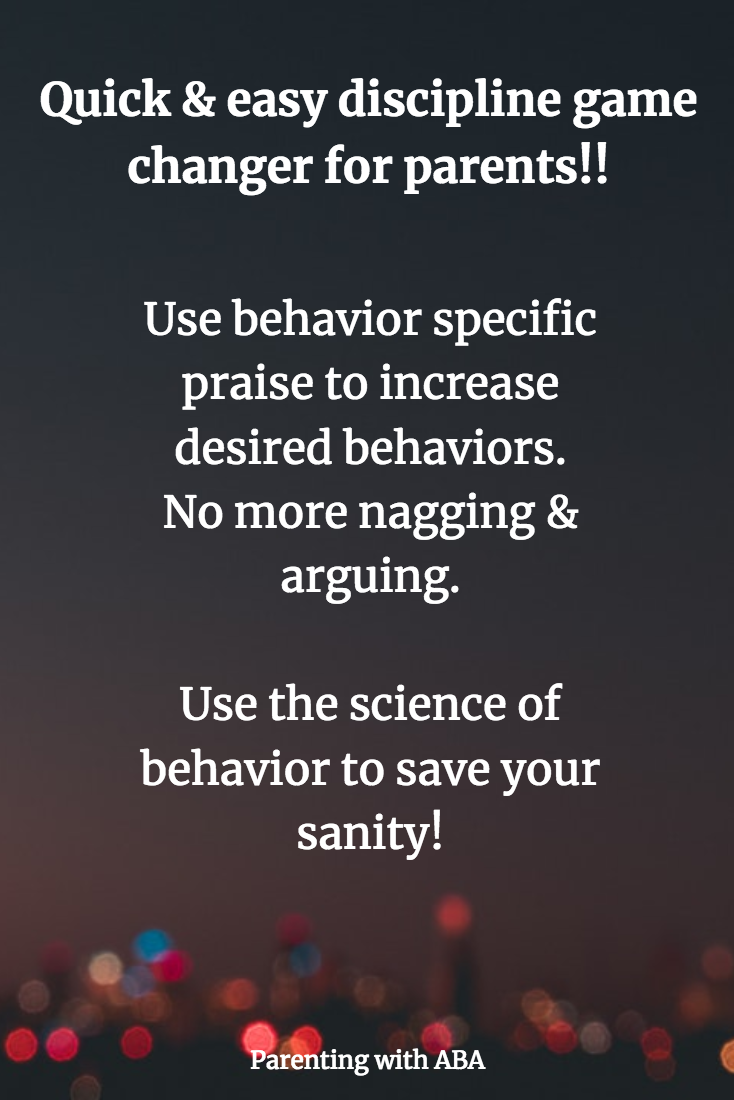 Can giving your child more specific praise help prevent problems and save your sanity? It CAN! What?!

Just shifting our perspective to catch our kids being good and then telling our kids what they are doing well can make a HUGE difference with just a little bit of effort on our parts! Get your free ebook all about it directly to your inbox here.

I had a student in a graduate course a few years ago named Kevin. Kevin was the dad of a teenage son. As he was learning how to use behavior tools in the school setting, he decided to try out some at home, too. Kevin and his wife were frustrated with the laundry situation with their teenager. They were changing the wifi password each week and their son would get to know the new code only after he did his laundry. It was a major headache for the parents.

Kevin was working with teachers to increase their use of behavior-specific praise so he practiced it at home, too. When his son did his laundry, Kevin told him how much he appreciated that it was done. Kevin didn’t really believe me that it would help put an end to laundry power struggles with a teenager.

The next week, his son did his own laundry without being asked. Kevin was surprised, but still wasn’t giving the credit to this entirely too easy behavior tool. Kevin again gave his son a sincere statement of praise and gratitude.

And the next week? His son did his laundry without being asked, without having to change wifi passwords.

This super simple tool of telling your child what they did well can make a huge difference! It takes very little time and no money. Praise what you prize. But make sure you tell them what you prize!